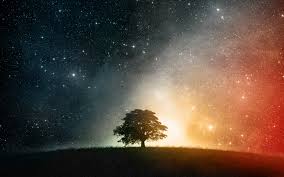 He woke up from his usual afternoon nap. Looked around, trying to find his slippers. He spotted them on the side of the bed. He put them on. Then, he put his t-shirt on and left the room. When he walked outside, he suddenly realized that he was being late. The sunset was approaching and he didn’t want to miss it at any cost. So he started rushing up the hill.

The distance to the top was few kilometers, but he didn’t know how many exactly. The moment he started walking up the road he realized he had made a giant mistake putting on the slippers. The road was full of little stones, which felt like needles piercing his feet with every step he was making. However, he didn’t have time to go back to put on his shoes, if he wanted to be on time for the sunset. So he kept walking and decided to distract himself with the surrounding environment.

The road was going up, as if it was a way to the Heavens. On his left side there was the ocean and on his right side there was a forest. He realized that he was sort of walking on the line between two worlds. The water world and the earth world. This made him smile, but suddenly a passing car that was going up the hill, made him realize that he needed to hurry. So he did.

He made it just on time for the sunset. The mountain peak was a small peninsula. All three directions were facing the vast Ocean. He made his way to a rock, which was facing the horizon. He sat there and started staring at the sun. When the Moon started rising from behind, the Sun was slowly making its way down. As the Sun was shooting its last strikes of light, our hero felt again that he was on the borderline between two worlds. The day and the night worlds. The Light and the Darkness. He was fascinated by this realization, which made him wonder. The Sun has finally set.

The Moon has started her reign. With the Moon, millions and millions of stars have appeared on the evening sky. It was a summer night, with the clearest of skies. Our hero lied down on his back and started staring at the beautiful and limitless sky. Something very interesting happened. He noticed a shooting star and made a wish as the tradition goes. He thought it was one off thing, but then there was another one. And then again, and again. Sometimes two or three at a time. It was a meteor shower. It was the most beautiful scenery that our hero had had ever witnessed.

‘All there is, the rest is just made up!’- suddenly a voice came in. Our hero was startled, and looked around to see who was speaking up, but there was no one.

‘I am telling you, what you see, is all there is! And the rest is just made up!’- the mysterious voice repeated, as if it was a bit annoyed with our hero and his lack of engagement.

‘What do you mean with all there is?!’-  our hero responded, thinking that he was crazy for speaking with the wind.

‘I mean, what you see! The stars, the universe! You are one with them! You are stardust! That’s your Essence! That’s everything and everyone’s Essence, if you think about it. The rest is all made up!’- replied the mysterious voice.

‘But that is not true? What about me and all my friends, family, my life in a sense? Don’t you think they are real?’- asked our hero.

‘Of course, they are! However, the Essence, the stardust is what gives them life! Therefore, what you see in the night sky, is all there is! – replied the mysterious voice.

‘I see…but what about my body, my eyes, my legs, my arms, my bones? Or what about my organs, or my brain? – asked rather enthusiastically our hero.

‘All stardust! You were born a star, you are a star now, and you will be a star forever!’- replied the mysterious voice, rather calmly.

‘Well, what about my ideas, aspirations, and beliefs? What about my dreams? Are they real? – asked worryingly our hero.

‘They are useful for now…, but ultimately, they are all made up! In essence, what you see in the sky right now, is all there is! – calmly replied the mysterious voice.

‘So are you telling me that all there is, is stardust…the Essence as you call it? – asked our hero.

‘Yes! Nothing else! – the mysterious voice replied.

‘And also everything else is made up!?- asked our hero.

‘But where does this leave me then? How should I live my life, if everything is made up? Is life even possible if that is the case!?- shouted our hero at the empty space.

‘You live in accordance with your Essence, you listen to It, you trust It! You call upon for answers and you wait for responses! You let go of all the made up things and you connect with your Essence! You forgive yourself and you humble yourself! In this way, you can live your Essence!’- replied calmly the mysterious voice.

‘In a sense, always remembering that this is ALL THERE IS, AND THE REST IS JUST MADE UP!’- added the mysterious voice.

At that moment, our hero woke up from his deep slumber. He must have dozed off, while lying on the rocks. He realized that his conversation was just a dream. A provocative dream. Time has progressed so our hero decided to head back to the place he was staying for the night. He put his slippers on and started walking down the hill. Down the road. He was alone. Everybody has returned back to the village. The Moon was our hero’s only guide in the middle of this beautiful summer night. He remembered what the mysterious voice had told him. Therefore, our hero let go of control and followed wherever the Moon was leading him tonight.